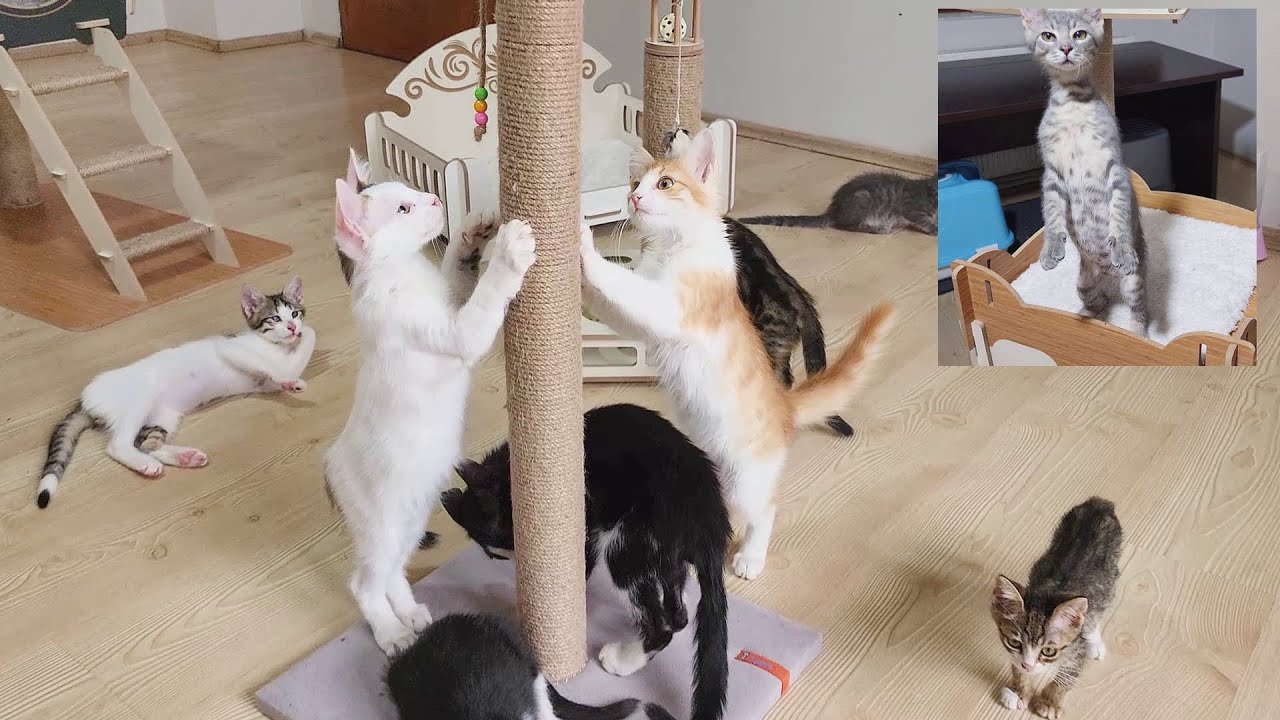 Kitten Videos
Share on Facebook
Share on Twitter
Share on Pinterest
Share on LinkedIn
Rescue of poor kittens that were put in a cardboard box and abandoned in the forest. Before treatment, many cats were extremely ill. You will be touched by the positive changes of some of the sick cats after they have been treated. Abandoned kittens who had no shelter months ago now have a playground and shelter. The happiness of the sick kittens who were put in the cardboard box and thrown away like garbage, 3 months after they were rescued.

Kittens have been taken under protection by our channel. The kittens will be treated, raised and neutered. Their photos will be shared on their social media accounts for their adoption. If kittens are not adopted, they will be placed in healthy safe areas.

The full story of the poor kittens’ rescue: https://www.youtube.com/watch?v=8BLhVbJ24SI&list=PLTKpinw50OibYMuMTUg2OA0x3ZI8LWHg_&ab_channel=AdorablePaws

You can watch videos of the cats – kittens we rescued from the street and adopted. In addition, we help many stray animals in our country in terms of feeding, housing, sterilization and treatment. You can support us by watching videos of thousands of animals in need of help.

To become a channel member: ➡https://www.youtube.com/channel/UCz_cPU8mjoveseNrasZ91rg/join

Need To Relax? These Funny CAT Videos Are For You – Funniest Cat Reaction
Cats’ Behavior Tears Family Apart | My Cat From Hell
Kittens are cute no matter what they do
Happiness in one box | all himalayan kittens
Today’s Cat Training Tips – TREATS